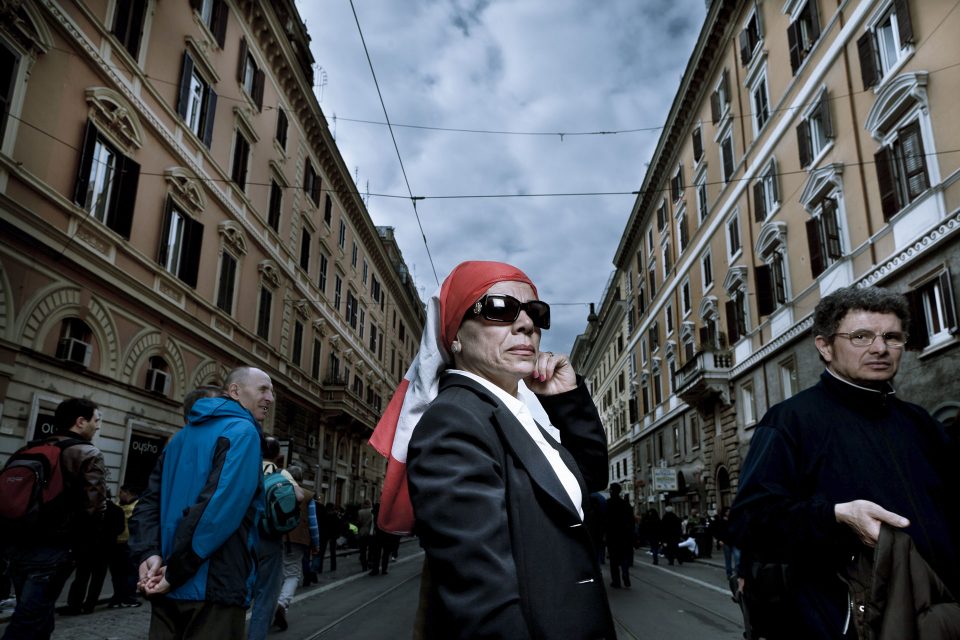 “A sense of dignity is inherent in each individual. It is essential in facing life, whether it be self-respect or respect from others.

It is too well known and tragically close to our time how one can destroy a human being by trampling on his dignity. The leaders and executioners of the nazi regime put into practice with extreme ferocity the destruction of millions of individuals by first suppressing in them, this primary need of man.

What happened in the nazi concentration camps is an extreme example of human brutality and of a successful strategy aimed at reaching a pre-ordained goal by the executioners.

The destruction of human dignity is nevertheless not limited to what was realized and brought to perfection at Auschwitz and in other concentration camps. Tragic episodes, not as massive and possibly not as calculated, still take place in different parts of the world, from Bosnia-Herzegovina to various regions of Africa and other countries.

However, it should be remembered that in so called civilized nations, in institutions such as penitentiaries, hospitals for the mentally ill or homes for the elderly, the lack of respect for human dignity is painfully common and not an object of disapproval. In view of the devastating contempt for this principle, which makes life with all of its unavoidable difficulties acceptable, the Declaration of Human Duties considers it a priority to establish social relations based on principles that impose the recognition of the sacredness of ones’ dignity.

Another problem of primary importance is the respect for cultural and ethnical differences, which has provoked and still provokes atrocious episodes of intolerance and crime. In the Declaration of Human Rights, set forth in December 1948 by the United Nations, the racist ideology was explicitly and unanimously condemned.

Another ideology, less crude and bloody than racism and for this reason more insidious and difficult to eradicate that of biological determinism – has been used to support the hierarchical organization of society. Biological determinism, as Steven Rose, Richard Lewontin and Leon Kamin explain in their book Not in Our Genes, maintains that human social division into rich and poor, powerful and disenfranchised, intelligent and dull witted, is a direct consequence of biological, and thus not modifiable, differences. From time immemorial, biological determinism has, in one way or another, furnished a justification for different forms of social injustice such as slavery in ancient societies, the caste system in India and the subordinate social position of women.

Just as intelligence in different animal species cannot be evaluated with respect to that of individuals of the human species, so the intelligence of individuals born and raised in different environment in different parts of the world cannot be evaluated by I.Q. tests formulated by individuals from one particular culture. From what was said above we can come to the conclusion that human populations cannot be distinguished on the basis of their genetical factor, but are influenced to a large extent by the cultural and environmental conditions of the society they come from The social and cultural differences, contrary to what was proclaimed by Gobineau, enrich favorably the global cultural patrimony and should not only be respected but safeguarded.”

Duty#1 is reinforced by: