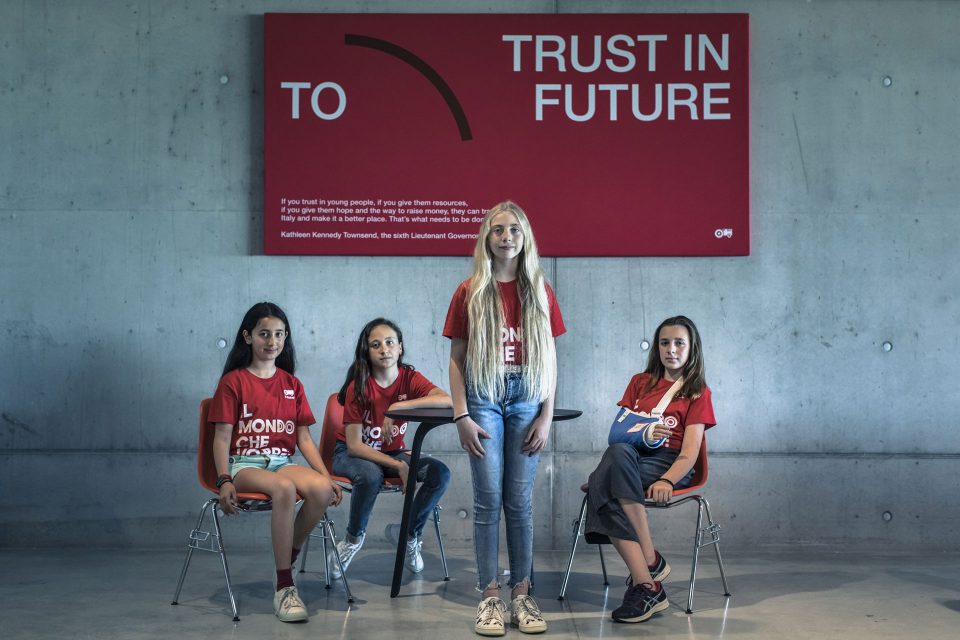 Demographic evolution obviously depends both on the number of births and the number of deaths.  If one progresses without the other, or if one is modified in the opposite way to the other, then there is a “transition”. The traditional persistence of a relatively elevated number of births (presently – 3.1 per woman on average for the whole world) and the decrease in mortality (life expectancy is at present increasing by almost 0.3 years per year as a world average) are responsible for the recent explosive increase in the world population, whose considerable evolution will persist for a long time whatever is done.

The problem must be resolved in such a way as to help, as much as possible, women, families and the children themselves, in each economic, social, geographical, cultural, psychological and health context.

We are living in a truly revolutionary epoch: the number of humans and the age pyramid, the relations between men and women, everything is changing rapidly without a rapid awareness of  these “simple” problems and without mastery over reproduction, the factor that one can truly and rapidly modify, the demographic changes may be catastrophic for our descendants, their societies and their environment, and hundreds of millions of women and children are still going to suffer and often die prematurely for several generations. It is time to improve the reproductive health of women above all, and for that, although it is also an objective in itself, establish their “human condition” at the level it should be, equal to that of men.

In the last 30 years, even though difficult to implement, the use of modern techniques of contraception has passed from <10% of the people of an age to do so, worldwide in 1970, to 50% in 1995, thanks to scientific progress in contraceptive methods, to the efforts and guidance of the World Health Organization (WHO) (particularly its “Special Program of Research, Development and Research Training in Human Reproduction”), the United Nations Development Programme, the United Nations Population Fund (UNFPA), the World Bank and many non­governmental organizations. In developing countries, most costs have been met by the people themselves and their governments.  In spite of this improvement, the world’s population is still rising and also it is estimated that more than one hundred million couples have unmet contraceptive needs, particularly in sub-Saharan Africa, Asia and Latin America, and adequate services are far from being provided to all women even when they are “officially” installed.

Beside and beyond global numbers there are other considerations: the demographic trend is radically different in different countries.

Family planning is the most direct way to demographic control. Its application is all the more important that the increase in life expectancy ought not to stop, even in the industrialized countries where infant and maternal mortality has now reached its lowest level to date and will not decrease much more.

Family planning is and will remain a necessity for public health, to prevent unwanted pregnancies and those occurring under unfavorable circumstances. It gives a better chance of survival to the children and of the development of those children under improved conditions, and it should lead to a decrease in the number of abortions

Over and above family planning strictly speaking, which essentially means contraception, women have the right to the care of their “reproductive health “. This does include the problems associated with not only reproduction, but also with sexual life, the follow-up of pregnancies and the care of the children.

This scientific knowledge is decisive, but reproductive health also includes, in the most general way, women’s knowledge of the phenomena of reproduction, of their potential mastery over the conditions under which they bear and bring up children, over the major components of sexual life, and finally an equitable recognition of the social equality of women being brought to the forefront of consciousness.

Reproductive health cannot avoid also considering sexually transmitted diseases (STDs) which increasingly affect women in their millions, with AIDS obviously being the most serious of these diseases. Women, probably contrary to general opinion, suffer much more from STDs than men, especially because of their prolonged pathological consequences, as shown when STDs are studied quantitatively, by counting the “disability adjusted life years” (DALYS).

Is it not a human and medical duty to consider this ensemble which may confront our mothers, sisters and daughters? Of course, up to a certain point, it occurs in the context of the insufficient economic and social level at which women are held in most, if not all, societies. The questions are not made simpler by the present evolution of questions of population such as urbanization and emigration. This is one more reason that we should use all biomedicine can offer us: it is there, we must use it.

In all countries, industrialized or developing, the great change is that biomedicine offers women mastery over the process. In fact, we have also passed from a concept essentially based on demographic concerns, as promoted by men, to a concept where the reproductive health of women and consequently their status comes to the forefront. It is a quite remarkable change and all the more so that, after the demographic transitions, stabilization arises and, to maintain the equilibrium, it is and will be necessary to continue to practice a family planning which will be in the hands of women, and hopefully offer more options than currently. Women will control more than they are controlled.

Duty#6 is reinforced by: