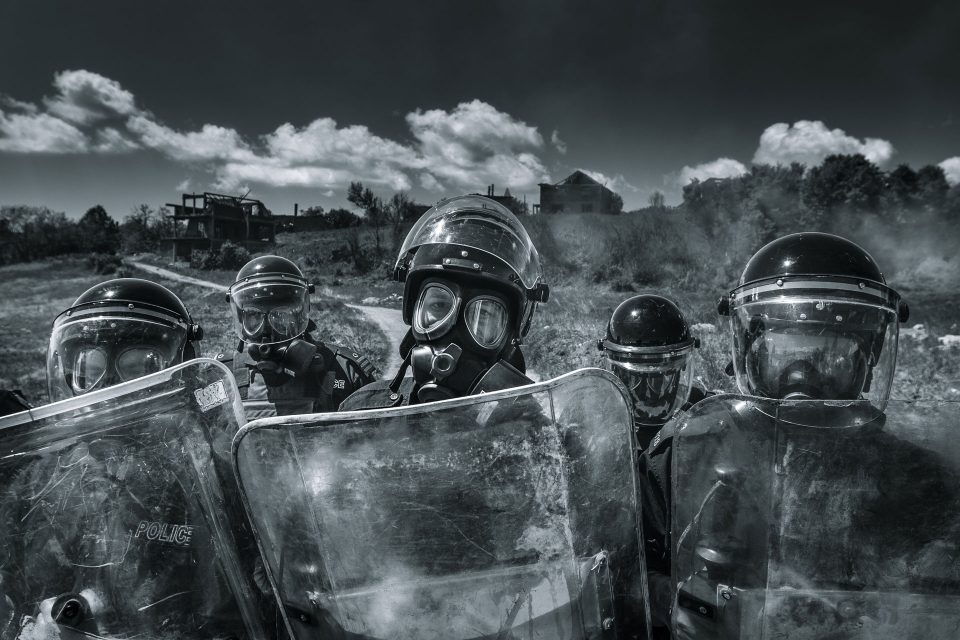 “Probably, in no matters as those of war and peace do the issues of duties and responsibilities be of such of prominence. In the first place, in the case of war we have to face some of the fundamental duties of a citizen towards society.

On the other hand, the interdependent, complex nature of these issues during war shows that the responsibilities have to be executed in very different and critical circumstances compared with the time of peace, determined both by society and the citizen. In fact, the duality, the connection of the concepts of duties and responsibilities are best seen in duties regarding war and the responsibility in matters of peace.

In the case of war, a person is obliged, in many occasions compelled by customs, even forced by the authority in power, to fulfil his duties. But in matters of peace the responsibility is usually motivated by an internal sense of duty, of the consciousness and moral imperatives of an individual.

Finally, in the modern world, with its growing diversity and rapid changes, and the ever growing magnitude of the issues at stake, the points indicated become even more complex and involved than ever before. In the following, the problems of war, rather than peace will be examined in some detail. The past with its long history, the present in the pressing issues of our time and the expected future developments can only be outlined in very general terms. More emphasis shall be given to bringing up problems, recognizing the issues, rather than suggesting, not to say imposing a solution. Not only because such prescriptions are difficult to make, but mainly because most of them are open to discussion. They could be seen as an object of study, rather than in any degree normative and final. Only on one issue – that of the unacceptability of total nuclear war as a global, worldwide disaster – a marked change of attitudes has developed over the past years and seems now to be universally acceptable.

Once again we see the strains and vulnerability of the modern world, where the actions of even a single individual may have far reaching, even disastrous consequences. We see the disparity between the hard-ware of geography and economies, and the slow development of social software. As with modern computers the software takes more time and human effort to build up and develop than to produce the machinery of economics. Perhaps, the relationship between duties and responsibilities as concepts are complimentary much in the way it was suggested and discussed by Bohr. Could it be said that duties, by their prescriptive and normative nature, often expressed by their direct connection to institutions and customs, represent the hardware, the instruments of social intercourse; and responsibilities – the inner motives of human conduct –  the software, the message and meaning of our behaviour. Today, in a rapidly changing world, when the time scale of changes has become shorter than the human lifespan, it is all the more important to recognize the origins and meaning of duties and responsibilities they correspond to. When in the past world changed at a lesser rate, when people lived in conditions of more or less permanent values, human rights were part of establishing the proper relationship between the individual and society. But now, in a rapidly changing world we have no time for evolution to work, and can we afford to demand and grant the individual all the independence, without taking into account the feedback of duties towards society. That is why, in the critical transition happening now we have to consider both rights and responsibilities simply because the dynamics of change and the instability they may incur.

The issues or war provide for the greater limits, where the duties of a citizen, a person and individual have to be performed in the extreme. We can only hope that in a stabilized and sustainable world of the future, there will be no place for martial duties, that the responsibilities and duties will in a happy harmony be balanced by rights, that society will no longer exert its power beyond the freedom of an individual, who in peace will with due consciousness voluntary perform his duties. Before this asymptotic state is reached, a state of bliss perhaps never attainable, we shall have to find ways to reconcile these basic concepts in resolving the predicament of humankind.”

Duty#12 is reinforced by: